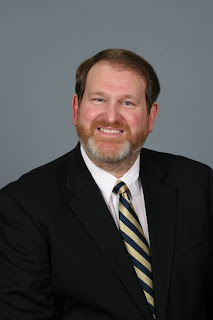 This past week our Central Baptist Association pastors met at the Bethel Horizons Retreat Center just north of Dodgeville, Wisconsin. On the agenda this year for the meeting were two major items. The first two days were spent rewriting the constitution and by-laws and on the third day we heard from Leo Endel, our Executive Director.

The CBA Constitution Rewrite Team has been hard at work since February. Many thanks goes to Gary Ranum, member of Blue River Valley Church. The team put together a draft after several meetings and numerous edits. This draft was then sent to the pastors of the CBA for the May retreat in Dodgeville. Most pastors were present and gave their input over a two day period of time. So here is what will happen as we move forward.

On the last day of our retreat, our Executive Director of the Minnesota-Wisconsin Baptist Convention, Leo Endel, came to speak with us. Leo shared with us his journey on how God has led him to become a candidate for president of the Southern Baptist Convention. Leo also discussed with us how we can work on becoming more self-sufficient as an association and as a state convention. We ended our time by having our pastors lay hands on Leo and the pastors prayed for him.

May the Lord be glorified in all we do as followers of Christ at the SBC in Orlando and our remaining meetings in the CBA in 2010!